And the winner of the book giveaway is…. (Not counting my own comment obviously) 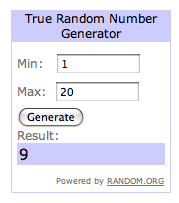 Looks like a great book and we don’t have that one. Thanks for the opportunity Annie.

That was my first time using the random number generator. I’ll email you so I can get your address. Thanks everyone!

It took me so long to get this up because we went out to Piper’s Lagoon earlier this morning with some friends. What sensational weather we’re having. Piper’s Lagoon is one of my favourite places here in Nanaimo and we’re lucky enough to be going again tomorrow!

Hidden in the Arbutus. The older three went up onto the rock crop to explore and had such a great time giving us moms and the two little ones time to chat and explore on the beach. They climbed, pretended, discovered a secret spot, beach combed….

The oddest thing happened to us while we were sitting there chatting. A man we’d seen earlier walking around with an infant in a wrap came down the steep hill the kids had gone up with the wrap in his hands and no baby to be seen. We must have looked at him with some concern because he decided to explain. Apparently some kid was stuck on a ledge (it’s quite steep up top on the other side) and he had to use the wrap to retrieve him. I first thought, “our kids?!” but then he was quick to point out the saved kid trailing behind him. He continued to walk by and all we could think now was, “where’s the baby?” I had visions of the baby left nestled in a little dug out next to a chunk of rock until the rescue was complete but nothing so insane happened, for a woman walked around the corner with the baby in arms. Although she did come from the direction of the bottom of the cliffs…

We stumbled upon an Innukshuk balanced up a ways up a rock wall.

2 Responses to Precarious Perching at Piper’s and Giveaway Results