It’s about time! It’s so sad that there even needs to be such a distinction in the law. It shouldn’t be legal to hit any person no matter what their age.

There is fierce debate about whether the government has the right to say how you raise your child. I would agree that the government doesn’t for the most part have a right to control our child rearing but then I don’t think this particular law would contradict that belief. This law is simply about it not being right to hit another human being, more specifically children and certainly not under the guise of “discipline”.

Parents hit because they are angry or scared and call it “teaching a lesson”. The lesson learned is that you can hit people if you’re angry and bigger than the other person. Children also sadly learn that they can’t fully trust their parents. Children look to adults to protect them- not harm them.

Children shouldn’t be afraid of their parents and violence is never the answer to raising healthy, non violent individuals. Parents should be able to control themselves and refrain for hitting their children. After all they are supposed to be the one with the maturity. As they say, it takes two to have a power struggle. I think it would be best for the parent to choose to not be a part of one.

There are so many other options and strategies parents can use instead of “discipline”. The choices don’t have to only be either hitting a child or on the opposite side of things being completely permissive with them. Too often though, people seem to believe that it’s either one or the other.

Parents need to start thinking outside the box and get creative if their current parenting strategies aren’t. Parents really need to “start at the end” and ask themselves what qualities they want to foster in their children as they grow up. Do they want their children to be compassionate to others, gracious, thoughtful, tolerant, considerate… and in all ways authentic and sincere? Do people gain these qualities by being hit and punished? By always having their freedom and power taken away and being controlled? Of course not!

Spanking and other punishment only works if our aim is to hurt, anger or generally degrade our children. As Marshall Rosenberg said, “I couldn’t make my children do anything. All I could do was make them wish they had.” Children sent to their rooms “to think about how they behaved” spend more time thinking about how to not get caught next time and/or how they are going to get back at the punishing parent for being punished. Shouldn’t we want our children to make the right choices because it’s the right thing to do and not because they are afraid of what will happen to them if they don’t?

I commend the people that push this law forward. It’s a big step for Canada but one in the right direction. Hitting children is already an illegal practice in many countries and it’s about time we follow suit. I hope it gives parents a reason to consider different parenting choices and strategies. Parenting with respect and compassion and with our child’s dignity in mind should be the goal of all parents.

Just a few of the many many articles out there about the detriments in spanking:
Spanking Increases Risk of Sexual Problems as Adult
The Influence of Corporal Punishment on Crime
Ten Reasons NOT to Hit Your Kids
Canadian Study Links Spanking to Psychiatric Disorders
What Should I Do When I See Someone Hitting Their Kid? 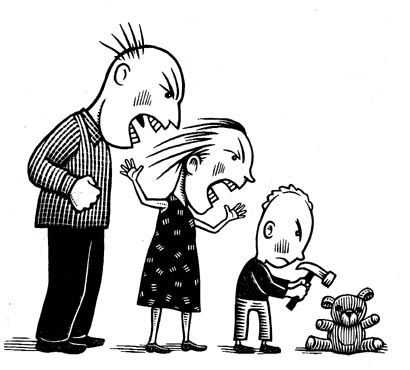 7 Responses to Anti-Spanking Bill In Canada